The second edition of  Wallifornia MusicTech closed its doors with the pride to have achieved its goals: increase the content quality and its number of international participants. On one side, the famous festival of urban music Les Ardentes settled in Liège, Belgium, announced its opening sold out. On the other, the professional convention, Wallifornia MusicTech succeeds in its bet: to offer activities worthy of the greatest events of the field (Hackathons, pitch sessions, conferences, Investor Summit etc.)

The acceleration program organized by the investment fund LeanSquare and Universal Music Group kicked-off the convention two weeks before the Ardentes festival launch. More than 80 applications have been received and 10 start-ups have been selected. Fifty international experts and mentors (Universal, Abbey Road, etc.) have advised those start-ups in their projects and perspectives.

This year, our conferences have been marked by the keynote of Dave Allen, musician and member of the band Gang Of Four and music tech iconic actor (North Music founder, ex eMusic.com, Apple Music, Beats By Dre etc). Allen’s lecture looked at the success keys of music tech innovations but also at the sustainable models of a music business in permanent evolution.

The corrosive and visionary talk of Ted Cohen, founder of the production company The Orchard has also piqued the curiosity of an audience enthusiast and alert.

The laureates of our pitch session (assessed by or speakers) are: Tonik,  MusicTraveler, Soundsgood, Soonvibes. Bravo to them!

Our Hackathons, welcomed 80 hackers from 5 different countries. The goal of this « 24 hours coding people » was to generate solutions in order to face the biggest challenges of the current industry (Universal Music, Amazon).

We convey our congratulations to the winner of the Hackathon, Sonarsic, start-up orientated in data visualisation of the consumption of recorded and live music. 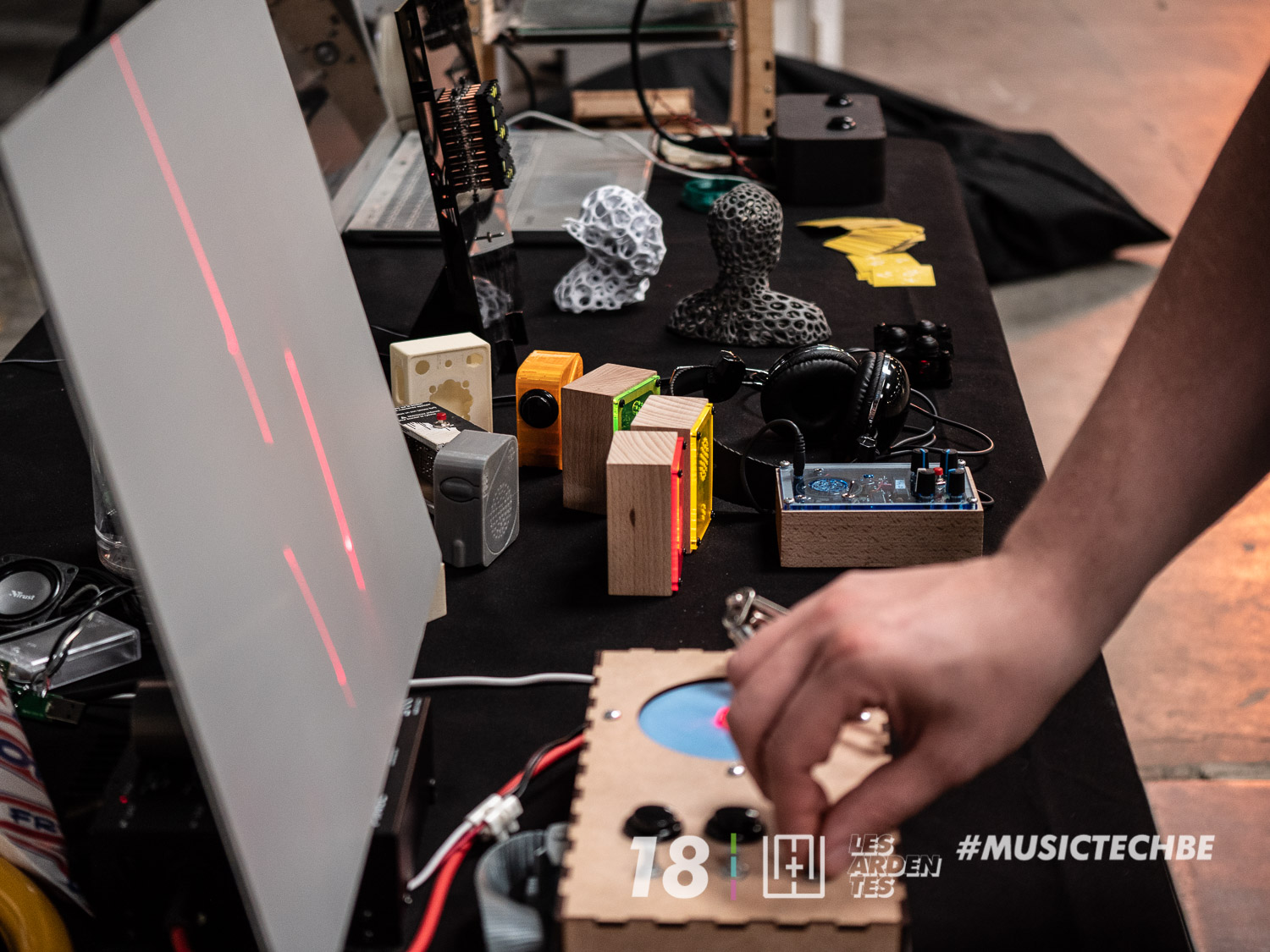 The second edition of  Wallifornia MusicTech closed its doors with the pride to have achieved its goals: increase the content quality and its number of international participants. On one side, the famous festival of urban music Les Ardentes settled in Liège, Belgium, announced its opening sold out. On the other, the professional convention, Wallifornia MusicTech succeeds in its bet: to offer activities worthy of the greatest events of the field (Hackathons, pitch sessions, conferences, Investor Summit etc.)  The acceleration program organized 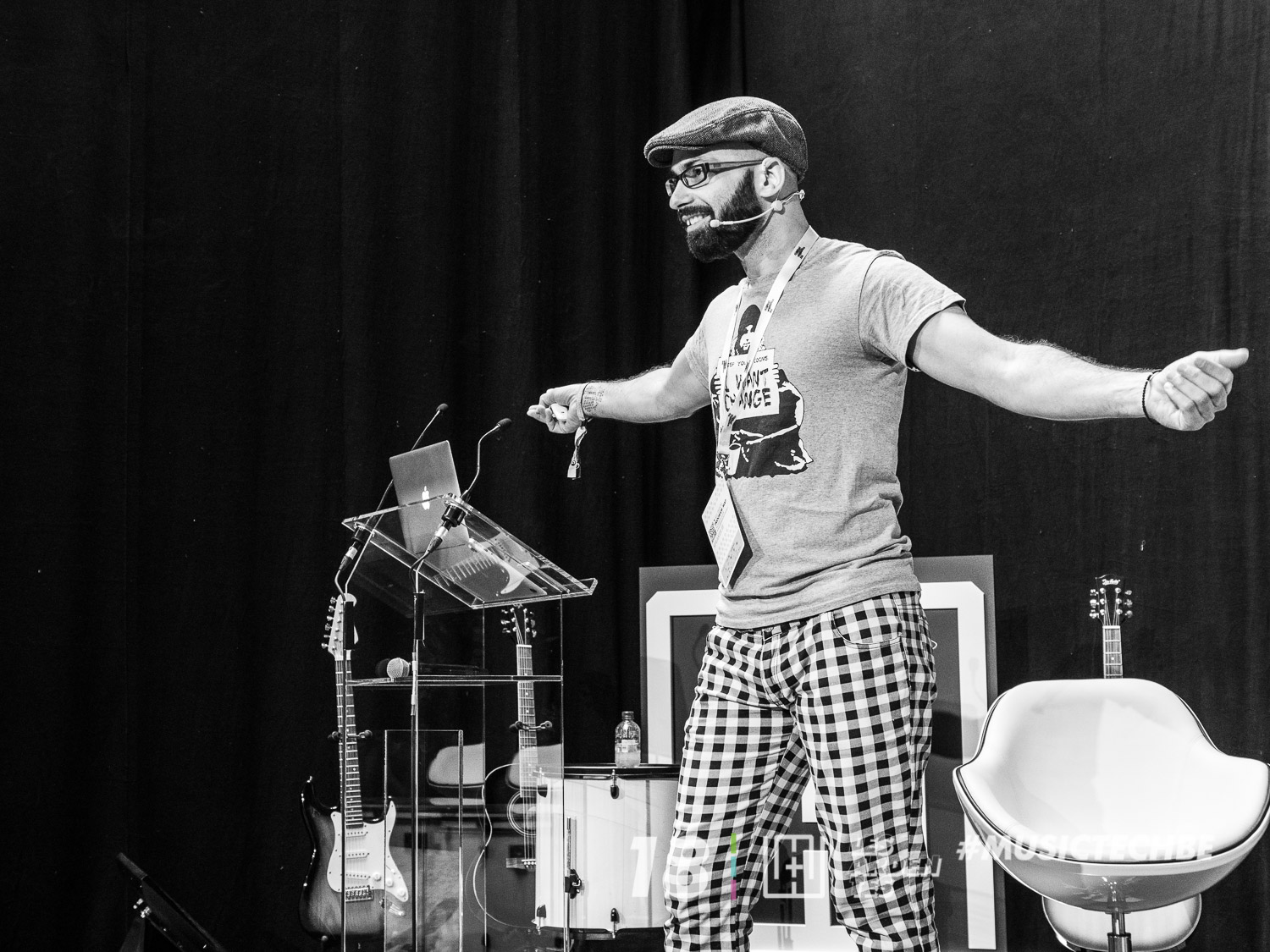 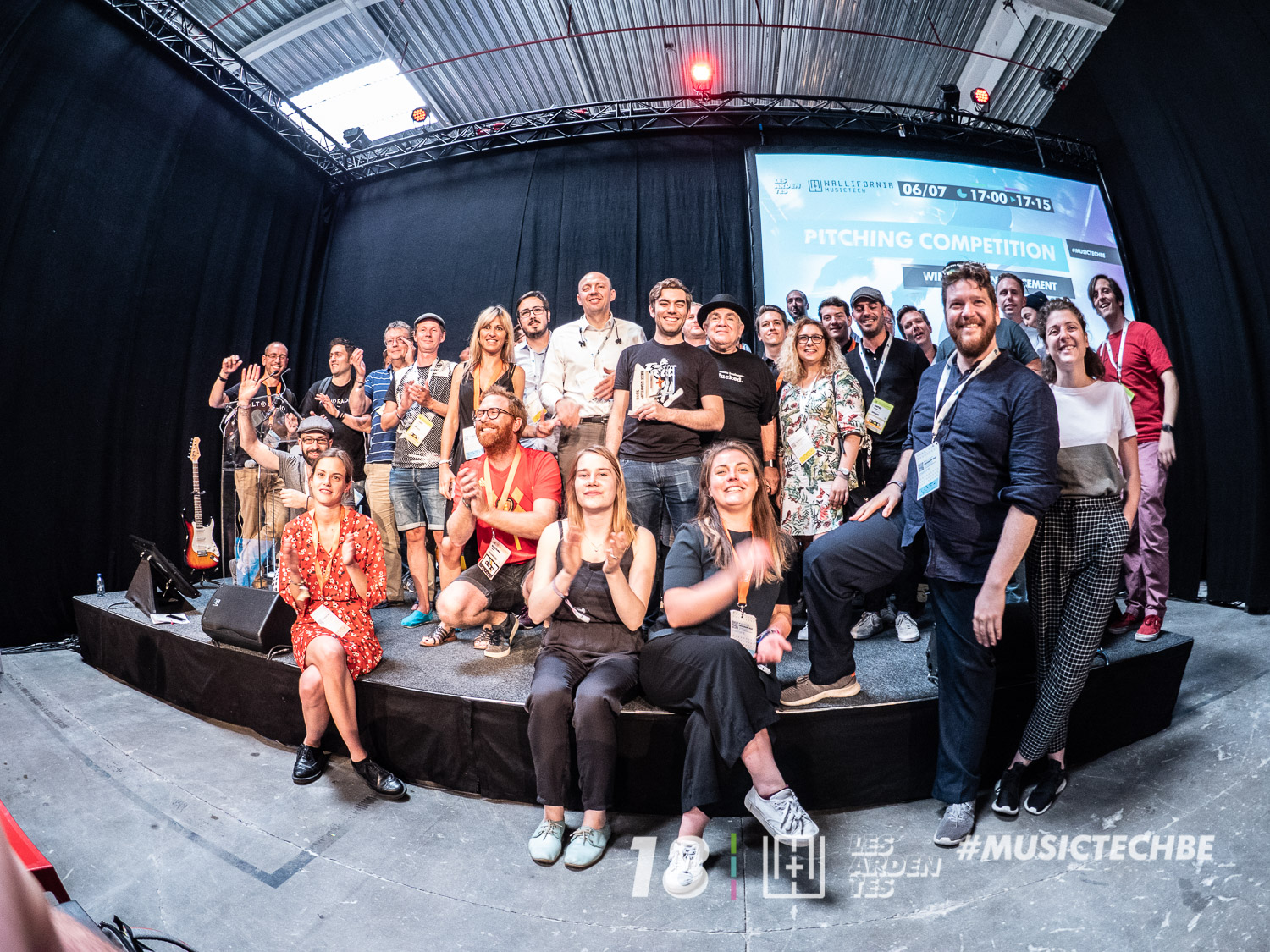 Start-up competition at Wallifornia MusicTech 2018: The winner is…

More than 35 start-ups have been chosen to participate in our « Start-up Garden » to showcase the ultimate innovations of the field.During the week, 15 start-ups participated in our acceleration program. We are delighted to announce the laureates of our 2018 Pitch Session :The winners will walk away with the following prizes respectively : • Best Startup Wallifornia MusicTech prize awarded to Tonik: One week hosted by Universal Music Group (+mentoring session) at the Capitol Innovation Tower in Hollywood. • Sonar+D prize

This Wednesday, LeanSquare was hosting the “investor summit” segment of Wallifornia Music Tech. More than thirty investors and ecosystems actors of the music world, coming from Belgium, but also from the USA, Israel, Scandinavia, Canada, … converged to Liège to discuss the future of music. Among the sharpest minds in the music business, like Scott Cohen (The Orchard, pionneer in digital music), Benji Rogers (visionary in blockchain and music), Ted Cohen (ex-EMI Digital), Trond Tornes (Phonophile), Richard Burgess (CEO A2IM), Pieter

Our acceleration program has its 10 Laureates ! The program will start in Liège before the convention [27th june – 6th July] !Congratulations to all of them!The lucky 10 laureates will be receiving 10 days of coaching in Liège (Belgium) with invest fund VC LeanSquare in order to set up the best investing proposal, learn from peers and experts of the sector.This year, Universal Music Group is part of the program. through its recently announced UMG Accelerator Engagement Network.  Representatives from UMG 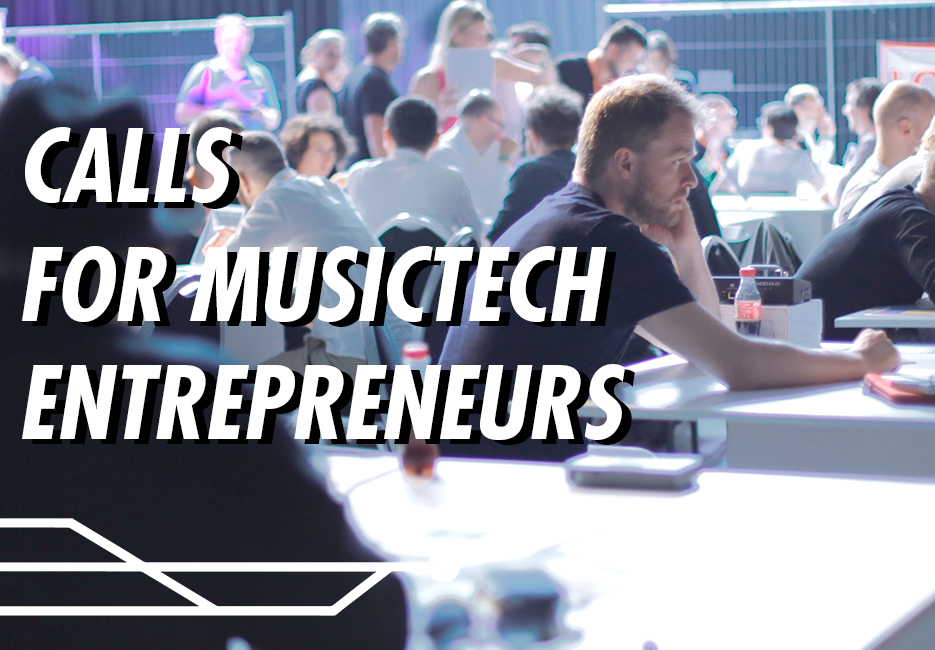 BE PART OF WALLIFORNIA MUSICTECH 2018! All activities / Tickets / ContactABOUT WALLIFORNIA MUSICTECH Wallifornia MusicTech is a conference that gathers, each year, the international musictech industry, on the same week and the same place than Urban Music Festival Les Ardentes (80.000 festival-goers). Wallifornia MusicTech aims to promote music and new technologies by bringing together artists, labels, agents, festival organizers, musictech start-up, researchers, key players of the music industry and investors. More than bringing music and technologies to the public, Wallifornia MusicTech wants to help companies in the field to develop and 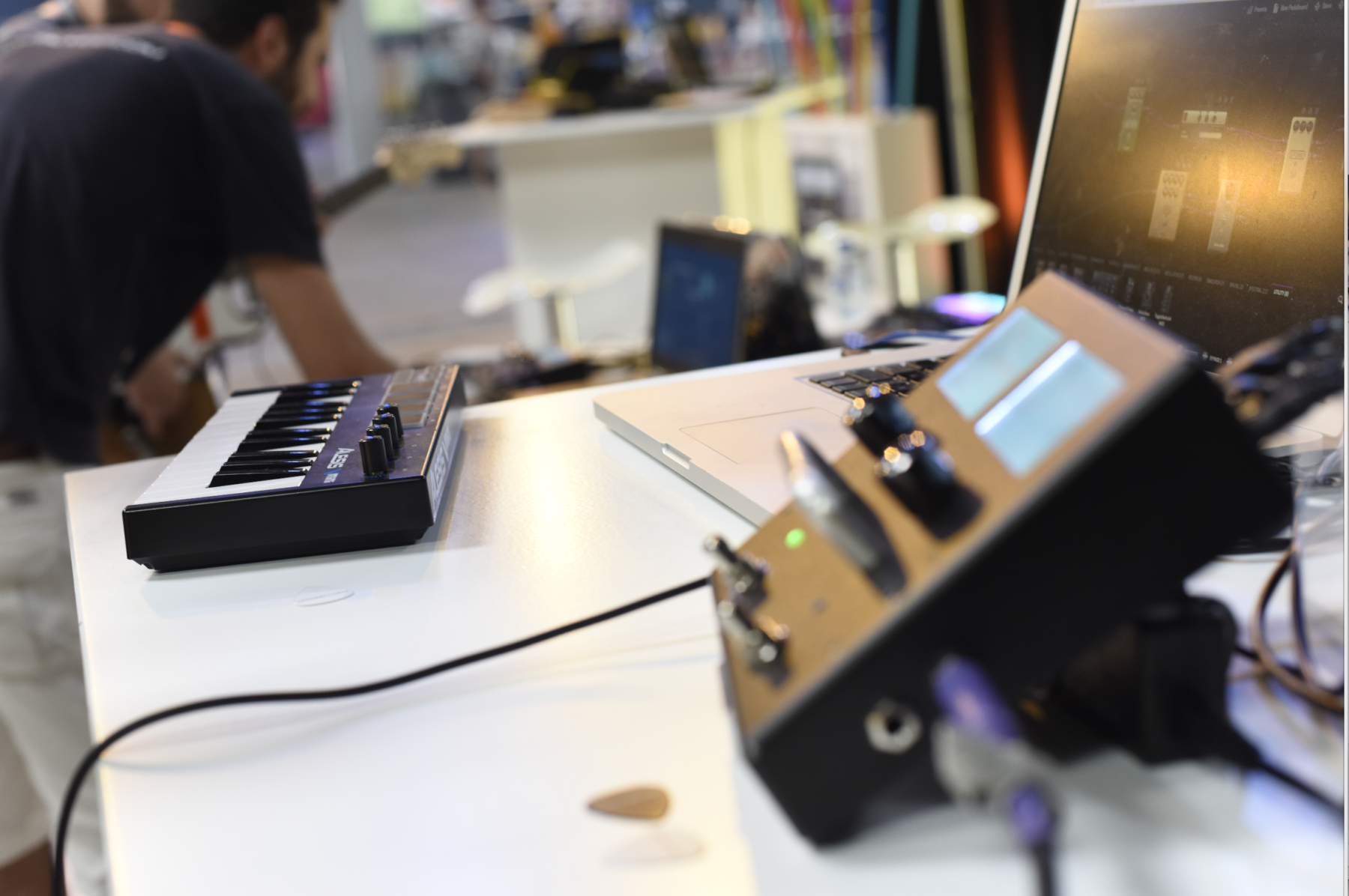